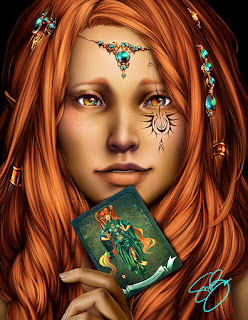 Anne Vassar
I was 15 and my parents were divorcing the year I met Anne.  Prior to the divorce my mother would have never sought out a psychic.  Although, she had grown up Baptist and did not strictly adhere to the doctrines of that faith, seeking out a psychic would be uncharacteristic.  My mother had new female friends who came over and drank with her.  Usually mom did not drink and have a house full of girl friends over.  Life was chaotic for me, everything seemed upside down. When these female friends were sharing stories about paranormal events, I did hear a story from my Mom's lips about her own psychic experience.  Mom had a best friend that committed suicide 5 years ago.  The friend , Carolyn, kept coming to my mother every night and pleading with her.  Carolyn wanted my mother to call her family and "tell them I'm not dead".  My mother felt panicked over calling this grieving family and telling them that Carolyn is not really dead.  Her fear of ridicule got the best of her and she never made that phone call.  Although Mom's new friends laughed and picked up the mood,  I felt myself becoming the parent sometimes and worrying about my Mom’s behavior.  Several of her new single friends had been to Anne for a “fortune telling” session.  They were very convinced my mother should also consult Anne.  Mom agreed and I was allowed to go with her.  After that first meeting I formed a very close bond with my new mentor.

We walked into Anne’s modest one bedroom apartment.  I was a bit scared by her appearance. I saw a rather petite older women with dyed red hair. She looked like a pirate with a black patch over one eye and the other eye seemed to look right through me. She softened a bit when she smiled.  Due to glaucoma, one of Anne's eyes had turned brown and the other one was bright blue, and so she wore a patch a good deal of the time.  She was a  loving and wise grandmother trying to live on social security,   She had been born to an Irish Catholic family but had done her own searching and deciding before settling down to marriage and her own family.  Anne had traveled the world.  She had stories of living with the gypsies in Europe.  I could imagine a young Anne with her long locks of curly red hair and sparkling blue eyes dancing around a camp fire with a tambourine.  She taught me how to read a regular deck of playing cards.  I was quite good at it.  For me, it was like a duck to water, and soon I was doing readings for all my high school friends.  We all enjoyed the card readings until something spooky happened.  I was reading for one young lady (Lacy) when I felt overtaken with grief for her best friend, Vicki.  I saw several spades (swords) surrounding a young page (Joker).  The face of that face card changed to Vicki’s face.  I blinked and it transformed back to an ordinary face card.   Then I learned another horrible truth about the selfish side of human nature.  The friend of Vicki’s (Lacy) was very indignant and complained, “this is supposed to be about me”.  My mouth flew open in utter amazement.  Here I was doing readings for free and for fun.  I was beside myself with concern over Vicki and could not lose the feeling that something dreadful was about to happen to her.  Lacy continued with her rant, “well you did not say that to Susan, you did not give her bad news”.  It is true that the friend before Lacy, Susan, had a wonderful reading.  Again the cards seemed to shift.  I drew an ace of diamonds and it turned into a vision of a black mustang car with a red bow on top of it.  I also saw a certificate.  I told Susan that soon she would receive a certificate and a black Mustang.  Susan giggled and jumped around the room.  She was graduating from high school in a few months and she had been dropping hints to her parents about wanting a Mustang.  The year of the auto would be 1969.  Susan was a year ahead of me, apparently, in High School.  I had been reading for friends for about a year and now people I did not know were seeking me out.  I was upset about that sort of fake Fame.  None of these people knew I was even alive before I started doing readings.  All of these factors made me want to throw away the gift of insight that was emerging.  To make things even worse, Vicki almost died from spiral meningitis.  She was in the hospital for many weeks and when she returned to school she was in a wheel chair.  Vicki went from being pretty and popular to someone almost no one spoke to accept for me.  I was realizing some hard and fast truths about being psychic and about the “shallowness” of others.  Anne was helpful in explaining the down side of doing psychic work and basically it was a lesson in values.  Being psychic and being a “good person” are two different things.  Anne did not want me losing myself to the dark side of the craft.  Every time I left her small abode, she would say "vaya con dios".  I believe that meant “Go with God” in Spanish.  She was teaching me about “God” in a way the Baptist church could never portray.  She was reaching deep inside with caring and empathy.  She was not even aware of my “sins” or that I even needed forgiveness.  She saw my possibilities.  That is what makes her unique in my development.  I am sure she is gone to the other side. 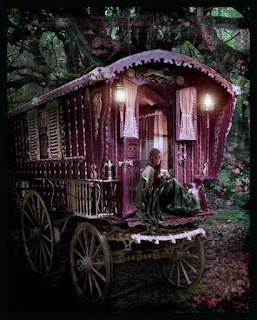 Gone but not forgotten.  The last time I saw her, she was disappointed.  I introduced her to the man I was engaged to.  I must have been about 20 years old.  She looked at me with a sad expression.  I got the message telepathically “he is not the right one”.  Unfortunately I married him anyway.  She was absolutely correct in her last assessment.  I am so grateful to have such a learned wise friend and mentor in my life for 5 years.  What a difference she made!  Nothing would be the same in my life today without her as a tutor.  They say God works through us, we are his hands, and voice, and, when needed, His/Her Hugs in the lives of others.