Charlie and the Tall White Aliens 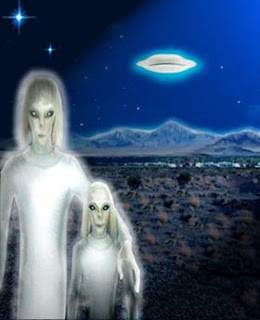 I just spent an hour on a post that disappeared

In 1965 Charlie Hall entered the Air Force and was sent to Nellis Air Force Base as a weather man.  Out on the ranges around area 51 Hall encountered several tall non human aliens. Other air force peers had also seen them from a distance and described  a strange sight that appeared to be an iridescent floating horse. Charles got close enough to observe that it was a group of human looking people in iridescent white jump suits riding a anti gravity device about 12 feet off the ground.  The people in the middle were hunched over while the person in front was steering, thus giving the impression of a horse.  While exploring the area he accidentally discovered a hollow mountain with a hanger that was partially open. During another exploration he saw   a whole community of tall whites who have lived among us for centuries.  There was a reason that Charles was able to communicate with the aliens and became close than most of the former weatherman at Nellis.  He had rescued a little alien girl who was lost on the desert.  She had wondered off and was hidden from view by all the tall sage bush in the area.  Even though the alien group appreciated Hall,  there was always some anxiety when dealing with them. years after his military experiences, Charles started writing about his encounter as a journal.  When his wife, Marie, found it  and read it, she convinced him to publish it.  I had the opportunity of talking with him at length in 2010.


Our government and many other governments know about aliens and their crafts being here and their history of earth interactions.  I am convinced that there is no hope of our government opening up to all they know for the following reasons.


1.    They know where the bodies are buried. Many innocent civilians and lower level military persons have been abducted and experimented on.  To admit to having allowed all this in an exchange of technology worth billions will never, ever happen.


3.    This is benefiting the 1% of the wealthiest people.  Vaccines that don’t work will be offered to us because the viruses that can mimic human DNA and hide have already been developed.  Someone would have to admit to all this. Heads would roll.  It just is not going happen anytime soon.

4. Many people would panic. At least that is what those in positions of authority believe.  If the general public knew that we had actual treaties and contracts with certain alien races like the tall whites, they would feel vulnerable. Actually, all of he earths military strength combined could not protect us entirely.  If the aliens wanted earth they could have taken it over long ago.  There are some things they do want that we have and they manage to get what they want.


I learned this a long time ago when I was abducted.  The memories were hazy and caused some emotional trauma in my life.  My children had some experiences as well.  One time our little family was run off the road by a UFO.  It was coming at us about 200 mph and I barely had time to pull over.  Our family has been aware that we are not alone for most of our lives.  My first alien encounter was when I was a teen ager, but now I am starting to remember much earlier experiences. At age six my parents took me to the doctor because of a reoccurring rash around my ears. I still have that at times as an adult, but I am aware of an implant in that area.  I don’t want it removed.  Bud Hopkins always believed implants were tracking devices.  I told him, no not at all, they are helping us survive devices.  Leave them in.


The most remarkable experience was the time I met with Charlie Hall in person and had a chance to ask loads of questions. Charles wrote a book called Millennial Hospitality about his experiences with tall white aliens.  I went into a bit more detail of his book in the last posting that disappeared after I posted it.  I would just suggest reading what is probably the most authentic of human/alien encounters.  I applaud his book and hope to write and publish one myself in the future.

Update:  Someone asked about the tall white's view of Jesus.  That is an interesting subject.  Charles was/is a devout Catholic.  The Tall White Aliens seemed to respect his point of view.  They thought it interesting the Charlie prayed for protection when out in the Nevada desert alone.  After Charles saved a Tall White little girl who had become lost while playing among the desert sage, he became known as "the teachers pet".  He was allowed to roam known occupied areas with a high security clearance.  I don't think the Tall Whites subscribe to religion the way we do.  They have shown Charles respect and seem to understand his views without necessarily sharing those beliefs.  Since Charles was shot by a new comer alien, Pam, it was evident that belief alone could not prevent that type of assault.  One can argue that Charles miraculously survived this ordeal where many others might not have.  That might be an argument for Divine Intervention.  Also, in Viet Nam, Charles was spared certain death during a raid of mortar fire.  He has been blessed many times.
Posted by Nancy's Silver-lining at 4:16 PM