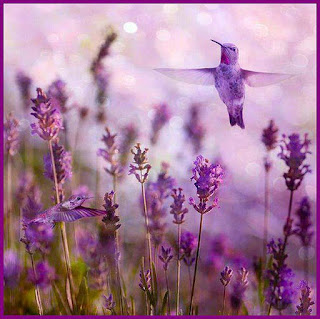 Long ago I read a book called 'The Magic of Findhorn'.  I believe it is out of print.  After visiting Findhorn in 1981, I realized the community had changed a great deal from Findhorn early days.  In fact at the time of our visit the community described itself as 'going through growing pains'.  My first reaction was some disappointment because it was not the quaint place where nature divas dance and there were no 40 pound cabbages.  I had envisioned a Shangri-la.  It was far from that.

I expressed some disappointment and our group facilitator put me to work doing construction on a new building.  He felt that jumping right into this working community would be the best medicine for my initial shock.  At Findhorn everyone works.  The President of Findhorn works.  In fact there are no lowly jobs.  Everyone takes turns, being a janitor scrubbing toilets, to waiting on the tables at dinner time.  'Eileen's guidance' told her:  the so called service jobs were perhaps the most spiritual ones.  Many CEO's lose touch with who they really are by simply walling themselves up in a plush office somewhere.  Also, everyone has a chance to develop leadership by taking the 'group focalizer position' on any given day.  Well, let me back up...what is Findhorn?

Last paragraph I mention Eileen Caddy.  Eileen and Peter Caddy are the founders of Findhorn.  This couple was living on well fare, almost starving in a rundown trailer park.  In Scotland, trailer parks are called caravan parks.  They described themselves as people who were honestly trying to find work, but, nothing was manifesting to them in the way of a job.  They had a few caravan friends in the same boat.  Eileen decided to plant a vegetable garden to sustain them.  The soil was rocky and Findhorn is located on the Moray Firth, North Sea.


The growing season and soil conditions are far from ideal and yet Eileen just knew that the government commodities were not enough: This garden was needed.  During her time digging and weeding in her small garden, Eileen was visited by the 'fairy kingdom' or as she would call them 'nature divas'.  She heard a voice pleading with her to plant some vegetables together and to talk to some struggling plants.  Of-course she thought she had gone mad and over the edge mentally, but it kept happening.  She was also visited by another 'higher order' entity that she called 'my guidance'.

I will jump ahead to tell you that a local news team from Inverness, Scotland received word that Findhorn had a bit of fairy magic going on.  The news flash was:  They are growing roses in the snow, 40 pound cabbages, and they are able to feed the caravan park (now) with the abundant vegetable produce of that garden.  There was indeed magic.  Over the next 10 years, people would visit, but they were put right to work in the garden.  Working in the garden was the happiest place of all...and some of these visitors were those bank presidents and CEOs who would normally not want to dirty their hands.  The flowers were vivid in color and fragrance and almost sang songs if they could.  The vegetables became plump and the most delicious, flavorful produce any had ever eaten.  Yes, Findhorn was the buzz word now around Scotland and England, And in a short time...the world.

What happened?  Is there a curse that comes with fame and fortune?  Eileen and Peter moved into the fast lane.  They jet hopped continents and had doors open to them never imaginable.  Eileen was the 'mother figure' to the community.  When problems would crop up for those now in charge of the gardens, and building construction, and preschool and child care, and weaving cotton clothing, and performing folk dances, and various other community endeavors, who to call:  Eileen.  She would find a quiet spot and go within.  Eileen's guidance would instruct the community on how to solve various problems.  Sounds perfect so far and it was until one day it stopped.  'The Guidance' told Eileen to retire from this role.  It was now time for others to tune into their own guidance.

Oh, yes, there was a huge collective moan and groan.  This community changed from being 'magical' to having to work on more mundane and less glamorous facts of community life.  Egos flared, human pettiness set in, there were now troubles in a once idyllic community.  But it had to happen.  This community had to 'find its own legs'.

Well, when did I arrive at Findhorn.  I was there about 2 years after Eileen stopped giving the community guidance.  And no it was not at all what I had imagined.  I was confronted with some hard realities there.


And towards the end of my stay I felt like Dorothy clicking her heels and saying 'there's no place like home'.


It took years to realize what I learned and experienced at Findhorn.  I learned quite a bit about communities. My guidance is telling me I am to be part of a community like Findhorn one day...and to help create and start it.  Sometimes we fly around the world in search of a truth, only to realize it was in our own back yard all the while.


We just don't see it.  And with Findhorn: That above statement is how I felt for a while.  Then I realized another truth:  I collected lots of sharp pebbles in my shoe while at Findhorn, only now I see them as gold nuggets.  There was magic there after all. I think I brought home a wee fairy too.

I decided to add a bit to my Findhorn story. I was remembering some other interesting details. I was elected to work in the kitchen and it was wonderful.  All the kitchen machinery, like a mill and dough mixer had names.  There was a bus called Daphne.  The metal beings have their own devas and appreciate higher thought as well.  Lunch was a buffet and probably easy in that all the salad greens were brought out and I made a large quart of dressing.  It was vegetarian fare except for eggs.  The hens were happy and well cared for.  When hens stopped laying they were retired and allowed to live out their life.  That was very kind of Findhorn as usually they are killed.  There were goats for cheese and milk and I suspect they were treated with respect as well. We began our day standing in a circle with the kitchen supervisor who would be the "focalizer" for the day.  We asked for harmony and blessings as we prepared food.  I did not notice any tension as is common with kitchen staff sometimes.  That is significant because we had an international kitchen.  The supervisor was from Spain and spoke little English,  People from around the globe came to Findhorn.  They brought their own culture to the cooking and enhanced the variety for everyone.

It was odd that this trip was also serving as a honeymoon of sorts.  My new husband and I had not taken a real vacation or holiday as many newly weds do.  It was not a romantic experience for us.  We found ourselves attracted to other people.  I developed a crush on someone and even after returning home continued to dream about him.  My then husband also was very attracted to a young Swedish lady.  It might have contributed to our divorce in some ways.  I don't want to blame Findhorn for that.  It is always a choice people make.  The guides for our group said that this happens to all couples at Findhorn.  The emphasis is on personal growth and transformation.  A couple might be holding each other in a stagnant pattern.  Looking back, I believe we should have been able to reconcile our relationship but we really did not.  From Findhorn on, our partnership became a friendship only.  A few years later we did separate.  I have done all kinds of soul searching about this and finally believe that separating was the outcome for us.  Perhaps the only one that could have happened.  I still have a great deal of love for my ex but realize there were vast differences in our world view and path.  There is only one way we could have made it...to take giant leaps forward in our cosmic understanding and awareness.  Somethings just take time.

Findhorn maintained that Arizona's Arcosanti was a sister community.  I will post a You Tube video to show you the community.  Soleri believes in being frugal.  He has a wonderful design for a community that is only 2% built since its inception in the 1960's.  We are fans anyway, inspite of the very slow pace.  My son had an internship there.  If they are to move more rapidly, we think create a wonderful environment for the interns who are free labor. That means spend some money on air conditioning for the summer months and maybe reduce the fees.  In the 1980's  Peter Caddy visited Phoenix and I was at a gathering with him and some other Highlanders.  It was an amazing synthesis of men in kilts and us Arizona culture...not red neck, and not native American...just our own style here.  The Scottish Highlanders were a men's choral group and they were so talented.  Arcosanti just needs a money infusion of some type.  They have built a swimming pool, green house, community cafe and kitchen,  some guest house lodging, a chicken coop, and slowly now it it a small community of about 60 year round residents.  I do applaud Findhorn for carpe diem attitude.  They got their community to thrive in a relatively short time.  Soleri needs to have the same guidance Eileen had.  Anyone wanting to do something like this: Arcosanti/Findhorn...please email me:  angel_bell@msn.com

As I continue to have more vivid recall...I will return and update.  The original post was very nut shell and skinny in details.  It is a good over view.  And it has taken years to remember all the emotional and personal challenges I faced when there.  Life was asking me to grow.
Posted by Nancy's Silver-lining at 6:26 PM