Flowers after a Funeral 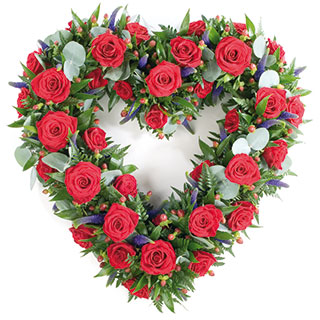 I had some tears today.  I am six years the veteran of losing a son.  I use the word veteran but I think I have been waging a war I can never win.  Nothing can undo grief or plug the gapping whole it leaves in your life.


But I am a medium.  Like other more famous mediums; James Van Praagh, and Patricia Arquette (smiling) who played Allison Dubois on Medium, I do the same thing, only quietly:  Quietly because of myself doubt.  People confirm my information all the time and still there is that inner critic inside.  My inner critic should pack her bags and get a new life.  I am quiet because of my Grandmother’s voice, the one inside my head that repeats. That voice says what I do goes against Christian doctrine.  I think Jesus spoke to the dead.  I remember him going up a mountain and speaking with Moses and Elijah and they seemed to have a heart to heart in the mist.  I remember Jesus speaking of our human potential, and that the many things he did we would be able to do also, and even better things.  Alas there was never a good enough argument to convince my Grandmother, Lina, that what I saw and heard was not “wrong”.  I have been quiet because the profession of social work would not understand “Mediumship” and in fact they told me to keep a lid on it.  Although I had plenty of hunches that helped my clients mend their lives,  it was never called “Mediumship”.


I am loud about grief and soft on the speaking to the departed.  That seems to be a real paradox.  James Van Praagh told us that when his mother passed over, or transitioned to non physical, he could not speak to her.  He had to seek information from another medium.  Doctors do no perform surgery on their children for the same reason.  Our grief and emotional ties make us less objective and less able to be accurate.  Also James explained that the intensity of our grief keeps loved ones from drawing too near.  After we adjust and heal emotionally they will touch in and check in.  They need not be chained to us or on constant assignment but they do see us.


James Van Praagh gave me the best gift anyone ever could. At a workshop I was one of a handful of people who received a free reading or “demonstration” as James calls it.  The details are in my book, “Sunflowers for Jason”.  I gave away my last copy but I think I can remember most of what he said.  Jason mentioned having a bone disease as a child.  No one knew that but James Van Praagh did.  He had Osgood- Schlatter’s disease in his knees.  He had such growth spurts and pain with all that.  James told us many things about Jason and it was just incredible.  The last month of his life I had sent a check to help with part of the rent. James mentioned that and that the memorial service had taken place in two different states.  That was true.  We had a service in San Diego and in Phoenix.  James mentioned about 10 little known details like the ones above in rapid fire.  The one I remember the most was that Jason said I was a good mother and to stop with all the guilt.  That one I needed to hear the most.  I revisit my role as a mother with the critical eye of hindsight.  I wish I had just hugged him and appreciated him about three times as much as I did.  I saw where I had made some choices that made life more difficult for us financially.  Jason repeated himself via James “you were the very best mother he could have had”.   My friend Edna said those very same words to me the other day.  Sometimes I am not sure about that but I am trying to be kinder with me and overcome the blues that come with missing him so much.


I knew I had a gift of Mediumship and that I had seen departed loved ones but I had never considered being open about it.  After my free session with James, I made the choice to open up for the second time in my life, and serve people the way that James did.  When you can demonstrate that life continues and that you yourself have immortality and can once again be re-united one day with all those family members you miss, it really kicks grief in the butt.  It is the best weapon for surviving the depression of losing a loved one. May I add, you will still miss them being in the flesh and up close at times.  That is quite human and I am experiencing that today.


If past American Presidents have invited Mediums to the white house perhaps we should give that subject some acknowledgement.  Mediums were helpful in shaping American History.  I already wrote or blogged about that in an early post: Why Do People Get Tarot Card Readings?.  There are days when I mope and morn and it feels heavy for me.  What would I tell others if I am trying to help them?  Grief is a process and there is tremendous growth from facing loss and realizing the good parts and the treasured memories that we reaped.  Those memories are exactly why we bring flowers to a funeral.  We have gathered all those flowers together to immortalize the wonderful memories and cherished moments we were gifted by knowing the loved one.  When we scan the past it is a good idea to leave the weeds behind and just pick up those flowers and hold them close.  It helps to create a scrap book with all the good memories huddled together.  If that person were not such a huge part of your life you would not know that pain or joy.  I wrote Sunflowers for Jason to illustrate that each Sunflower was a golden memory.  I guess I can cast the weeds in the furnace now.  I will save only the grist.
Posted by Nancy's Silver-lining at 3:08 PM No comments: