My Many Lessons from NDE's (six near death experiences) 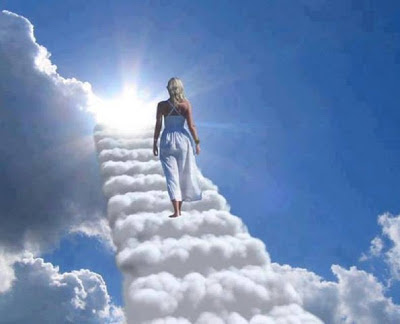 I have had several near death experiences.  Commonly referred to as NDE’s they have all been very interesting, spiritually, speaking.  I write about them here and there and I also get the feeling that people get lost in the details.  I have had several out of body experiences too.  I am going to outline what I have learned in a bullet-ed fashion.

NDE One
1.    I am nine years old and I have horrible asthma attacks.  My parents were arguing and I really thought they might accidentally harm each other.  I tried to protect my baby brother as best I could.  During one attack I was on my bed and the whole room was spinning around.  I felt like a piece of clothing in the spin cycle of a washer.  I had my eyes closed, but, then I opened them to see about 7 very mature men looking down at me.  It appeared as though they were looking over the top of a well.  I was in some type of tunnel.  I remember one of them had a long heavy gray beard and thin face.  Another one had short white hair and could have been a banker on the Monopoly game.  As I got older, I remember looking through old family photos and recognizing each person. Each was from a different branch of the family and would have been Great Grandfathers and Great Great Grandfathers.  My father disappeared from my life after he and my mother divorced.  It was a great loss to me.  I then lived with my mother’s parents for a while.  I loved them both very much.

Lesson learned in One:  Now I can see a few possible messages.  I had so many father figures who were available in spirit to guide me.  I think this was supposed to ease the loss and abandonment I sometimes experienced at that point.  Another interesting point is when I see great great grandparents for my clients, they don’t understand why.  I get comments such as:  I didn’t know that person and I was really close to my aunt but she is not present.  I have discovered that great grandparents seem especially interested in their off spring over many future generations.  I believe they are inspiring us to be proud of our heritage no matter what that might be and to feel a certain tribal belonging.  Their presence is often stronger and more poignant than the more recently departed.  They become soul group spokespersons.
NDE Two
2.     I am a young lass of 16, with a petite figure.  I am hiking through the gorge of a canyon and the river we walked beside is called the Blue River in Arizona.  I have several peers with me and we are having a great time.  I found the need to climb to the top and leave everyone behind.  The climb up was uneventful, however; on the way down my foot slipped.  I was air born for a second and my heart was in my throat.  I could not scream.  The next thing I knew, I found myself caught in a thorn bush about half way down that cliff.  I did not have a scratch on me, and I seemed to be enveloped in some kind of light.  I collected myself and carefully climbed the rest of the way down.  I rejoined my friends up the creek with a “guess what happened to me” story.  They laughed thinking it not all that serious.  That night, I continued to feel different.  My life had been spared.  I knew that and I felt the presence of something Bigger Than Me.  It started me thinking about religion in general.

Lesson learned in Two: I think the lesson that time was that I was not alone, there was protection.  This was supernatural in my mind.  Only I knew that.  It peaked my curiosity about the unseen world around us.  It did start me on my own journey.   I remember going to various churches and groups.  Most of the ministers I listened to did not possess what I called “inner light” and I did not relate to what they said.  Even if they got right in front of me and screamed it.  It just did not feed me spiritually.  Most of my teachers would be un ordained and on the social fringe.  I found them and they found me.
NDE Three:
3.    I am a young mother with two little boys.  My marriage is alright but I am not happy totally.  I feel quite trapped in my circumstances.  We struggle financially and I am tired most of the time.  I thought that I deserved better.  I think I need a rest and a vacation and God was about to give me one.  This time I had minor surgery, but, the anesthesia was too much.  I was not coming out and back to consciousness in the recovery room.  I was having a wonderful experience on the other side.  I was happy and free and totally loved.  I had all the answers and knew who I really was.  I was dancing in white light and feeling totally rejuvenated.  Then the nurse called my name.  “Nancy”!  I was being shaken and worked on.  I did not want to come back to earth at all.  Before this celebration happened I remember briefly looking at the earth from space and thinking how beautiful it was.  Then I was magically drawn somewhere else.  Don’t remember Angels or a tunnel this time.  What I do remember is arguing with God.  He won of course but in such a gentle sweet way.  The conversation went something like this:  I don’t want to leave you. I am crying spirit tears and protesting.  I am being shown something like movie clips of future events.  I am being encouraged that life is a golden opportunity and I don’t want to miss the adventure ahead.  God had a male voice, but, I never saw him as a human.  He was everywhere. He promised that he would be with me, (on earth). “Nancy, I am there too, but, you shut the door”.  One other very important promise was made.  When things get difficult, and they will, Ask for God's help. He will help. I realized that somehow I had shut the door and I can’t remember when that happened. Shutting the door might be because I became materially focused and did not feel aligned with God.  I knew somehow I would remember that promise and those last words.  Whoosh, I was back, awake, looking at a recovery room and feeling sluggish. The nurse had a halo and plants had halos too.

Lessons from Three: Well there are so many lessons here.  I have not been the same since this happened.  I was 32 years old.  I remember having more patience with people in general and more compassion for people.  I felt who they really were inside.  I had always been psychic and so I cannot claim that was a new ability, but, feeling more at peace certainly was.  When things get really bad in my world, I ask for help.  I demand help.  Yes, I am assertive with God.  I say, you promised me, and I need you…now. Can you believe I talk to the All Mighty that way?  One thing I do remember is our ancient, primal relationship.  This is the most love you will ever experience.  Earth relationships are pale in comparison. There is of course the absolute knowing that you are bigger than your current personality.  It is almost like we live our lives in a state of amnesia and have forgotten where we come from.  In many ways we are all living like the prodigal son. We are children of God.
NDE four:
4.    I do not want to relive this one.  Had a bad boyfriend.  He got drunk and almost killed me.  He had a gun pointed in my stomach.  I left my body and had resigned all things. When I stepped away from my body,  I saw Jesus! My grandmother was a Baptist so I had of course heard about Jesus growing up. He was right there.  He was in white iridescent robes and wore a crown of thorns on his head.  I felt some embarrassment as though I had invited trouble in the front door and now it took extraordinary heroism to unbind this. I had the feeling Jesus had purchased me as many Christian's believe.  This guy did not kill me, (obviously), but he fired his shotgun in the air twice and scared the heck out of the neighbors.  I found out that everyone was hiding behind their couch and calling 911.  Unfortunately my children witnessed this and we all had to have counseling sessions over it.  I gave up on men entirely for many years.

Lesson four: The lesson from this was amazing.  I felt a profound relationship with Jesus. I have been literally saved so many times.  I forgot the time I had a pulmonary embolism (NDE Five)from birth control pills and was in intensive care.  I must have been about 21.  I did see Angels that time.   There have been so many near misses, car accidents, near drowning too.  I forgot the time I had a few beers and did a back flip into the shallow end of a swimming pool.  I emerged looking like a unicorn with a big bump on my forehead (Six?).  NDE Seven: I also forgot the time I was in Minnesota at a KOA camp ground in my truck when a Tornado passed through.  The truck lifted about a foot off the ground. I just hugged my doggie, Goldie. Honestly, I don’t think more than a few years goes by without some new near death happening.   The most comforting thing I take from near death experience number 4 is that I was pulled from my body before a possible gun blast to my stomach.  I believe that is probably the normal thing that happens.  I have medium gifts.  I have been seeing departed loved ones since childhood. I realize now that many people do not experience the pain of an accident because like me they are pulled from the impact just before it happens.

I know I still make plenty of mistakes.  I make so many dumb mistakes that Jesus and I laugh.  I had a dream that we were in the clouds, and Jesus was going on about "remember the time you...jumped in the pool to see if your brother would save you"  I was about six and I could hold my breath in water for several minutes.  I just loved to pull pranks on my brother.  Jesus laughed so loud and hard and his face turned red.  That is the Jesus I have come to know after I have had all my visits with him, here and there.  (But do not call me a Christian, that is a bunch of doctrines that I don't entirely buy into), and Jesus understands that about me. And dare I say "agrees".  Don't want to cause a problem here.  My religion is LOVE and I am Universal as far as beliefs.

Thank you for allowing me to share…and please comment! 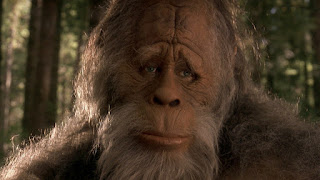