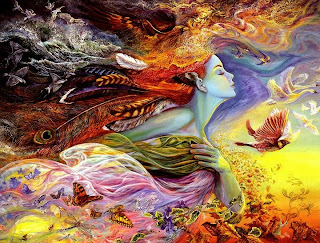 These are some of my Angelic encounters.  I try and leave out religious interpretation. I see that too often and Angels appear to people of all walks and faiths.

Bashar says “Don’t Be a Belief Thief”.  I think that is excellent advice.  I have listened to so many people discuss Angels and I think there are no experts with all the right answers for me.  I prefer to read about eye witness experiences that offer no religious or filtered interpretation.  The Bible is the most prevalent source of Angel stories.   I have had several Angelic encounters and dreams.  I am so happy that I can share them.

I agree with all the people who say, “Ask for Angelic help”.  They are there for us.  I think we ask in many ways and sometimes without knowing that we are asking.  This leads to a powerful experience of protection.

Someone I knew and cared about was about to attack me.  As this person ran towards me to “smack” me, it was like a gale wind blew him into a wall. He hit his head and almost passed out.  I felt both compassion and relief at the same time.  I could feel the tremendous energy in the room and I have felt that energy before in my life.  I call it the Michael energy.  I now believe that Angels are a collective and not assigned a hierarchy. That is another realization that I have come to.  I also feel my state of mind made a difference too.  I think if I had not been in a peaceful, loving frame of mind, that event could have taken a different turn.  For instance if I had been angry and argumentative, my own energy might have allowed some sort of physical attack. There is a plug in this story to remain true to the Source of Love that we all belong to.  This is only my personal belief and I encourage people to meditate and turn to their inner Guru for their own answers.  But as sure as I breathe it really happened.  I can count many times where I feel I was spared a very unpleasant experience or two.
One day I was driving behind a huge gas truck.  I was in my own world and thoughts.  Out of the corner of my eye I saw a huge Warrior Angel hanging on the back of this truck.  He might have been 12 feet high and he was intently watching everything on the road.  He wore a white Roman like toga with a gold rope belt.  There was something around his head like a band. His hair was page boy length and of a ginger color.  I have no interpretation for this experience.  I feel that to haul gasoline for a living a driver needs all the help he can get.  An explosion in major traffic could harm many people.

In 2001, I had a sad experience.  I was asleep on my living room couch and the sun was up.  It must have been about 8 am.  I was awakening but still in bed when my room filled with Angels.  These Angels did not have wings but I noticed they were floating above the floor about 4 feet. They came in a group of about 7.  They were all female as noticed by their wardrobe.  They were ethereal in flowing pastel gowns. There was no ceiling as the room had a golden glow that transformed the third dimensional limitations.  The hair colors varied as did the gowns.   One very pretty brunette acted as the spokesperson and took a step (move) towards me.  Solemnly she said “go home Nancy”   I sat up in bed as this faded away and thought “I am home”.  Then I pondered the message some more as to what “home” was.  I did not have to ponder for long.  The phone rang, and my Mother was on the line crying.  She reported that my younger brother, Bruce, was found dead in his apartment. She was so distraught and kept saying “my baby is gone”.  I tried to comfort her.  It was a short call and she hung up as she had other calls to make.  Within a half an hour Mom called back and began crying again.  During this call, I said, “Mom, I am going to get in my car and drive to your house.  I will be “home” in about two hours.” Then it hit me, the message was telling me to go to Mom’s house.  In this experience the Angels were there as special messengers.  Their presence gave me the strength to help my Mother, who was falling apart, and to know my brother, Bruce was in good hands and good company.  Indeed!

My  Alaskan Cruise with Neale Donald Walsh was a profound and memorable one.  I was fortunate enough to be on the God Cruise in 2008. This was a real game changer in my life.  But I need to share a little back ground leading up to this cruise.

After losing my Brother, my Mother, and My eldest son Jason, I felt utterly defeated. I experienced a rash of "deaths" or transitions within my family.  I was seeing a grief counselor, a 70 year old nun named Teresa.  What a remarkable woman.  She asked me if I felt the presence of my loved ones.   I did quite frequently feel that they were in the room with us. After leaving my counseling session, I felt like stopping at a used book store.   As I walked through the aisles, I noticed a book fall off the shelf.   It was Neale Donald Walsh’s book “Conversations with God”.  There are three volumes and it was volume two.  I looked and they also had volume three.  I purchased them feeling very inspired to do so.  An odd coincidence happened later, a friend handed me volume one.  I was completely sure now, I just had to read them.  Long story short, I think Neale saved my life.  With some inheritance money I purchased a week long workshop and dream vacation at the same time.  I was able to meet a spiritual icon in person, Neale.

This was an Alaskan Cruise and I blog more about it here: http://angelbell444.blogspot.com/2015/05/heaven-and-god-on-this-alaskan-cruise.html

Back to the last day of this cruise.  Neale played some beautiful music as he invited all of us, about 44 people, to go deep within and have our own conversation with God.  The whole week had lead up to this moment.  As I was going into another realm, I looked up and saw tiers of angels singing above our auditorium.  It was a concert of Angels lifting us all up.  Neale had suggested we write down a question for God to answer.  I don’t even remember what my question was, I only remember the ANSWER.

The flood gates if my heart broke followed by a fountain of tears.  Neale walked over to me with a microphone and asked me, “Nancy, I want you to share what you are feeling”.  I was trying to tell him and everyone what I saw and felt.  I was showered with love and acceptance. I heard the words, “don’t you realize how loved you are?”  I remember trying to explain the connection and put it into words, but, I just blubbered into the microphone with few real words.   Neale said to everyone there " This is how I felt when I wrote my books. I would become overwhelmed with emotion and tears"  I was glad to hear Neale say that actually.  Sometimes Neale can be cerebral in his discourse.  I would call it intellectual and detached.  I understand that makes me a better counselor and it makes him a better speaker.  As I so aptly demonstrated, it is hard to communicate when crying and being swept away.
I have to mention another vision I had regarding to Neale and his mission.   I saw Neale dressed like a pope.  In fact with his longer white hair and beard, he looks almost the same except the beard was ever longer as the pope.  He wore a white mitre on his head and white robes.  I knew that Neale had been a formidable religious figure in a past life after this downloaded scene appeared.  I also was made aware that, he had power in that life but lacked some true insight.  This time he is flooded with insight and had to raise "his church" up once more from the ground level.  Literally from the streets, as St. Francis had done. 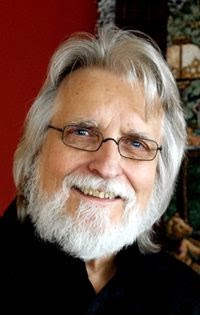 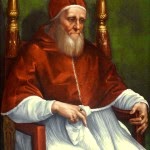 I don’t have the manual that answers all the Angel questions.  I think the answers emerge only if others share their stories and then we have a mosaic emerging.  Take away the filter of what has been said, and what religions say, and you will see a more Universal Truth emerge.