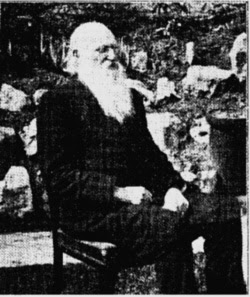 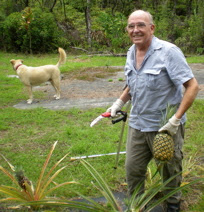 Short Intro:  Dr Martin Peebles is the white bearded gentleman in the first photo.  He was a physician born in London and known for his kindness.  He helped the sick by making house calls regardless of  their ability to pay. As a doctor he lived in poverty. He was much like Patch Adams in that regard.  He lived to be 100 years old 1822-1922.  That was his goal to live to be a 100. I believe he was trying to say it could be done and we should all strive for that.   He became interested in the spirit world and wrote several books on metaphysical topics.  Please do a Google search for more detail.

I first became acquainted with Peebles via William or Bill Reinen (guy holding the pineapple).  Bill was a trance medium in Phoenix who allowed Dr. Peebles to take over completely his body.  Peebles came through Bill in a big way! Bill would speak with  a heavy English accent in a very robust way.   Bill conducted these trance classes in the dark.  All windows were covered with block out curtains.  I was only 19 years old but I was there every week.  I found myself babysitting for William who was the single dad of a six year old little boy.  The mother was schizophrenic and lived in a near by mental health hospital.  That was about 1972.  So I almost became a member of their household.  I cleaned, cooked, baby sat, and did various chores all in exchange for messages from Dr. Peebles.

At that time of my life there were not many who could understand my own psychic development and paranormal experiences. All of Bills patrons helped  me understand  the world of metaphysical happenings. My own father had recently transitioned or died and I missed him very much.  I think Bill and Peebles were father figures for me.

Sometimes Dr. Peebles got a bit heavy handed with me on the life advice.  I remember dating a young guy named Frank.  I was almost suicidal when he dumped me.  Peebles said make sure that you do not stay in this dismal state of mind very long.  I realize now that was very sage advice.  I might have attracted even worse situations to myself in that lower energy state.

Another problem emerged when my doctor had me on a prescription that Dr. Peebles highly disagreed with.  He said that it already was injuring my central nervous system.  At that early age of 19 I had to open my eyes to the medical pharmaceutical business and "just say no".

I was always trying to loose weight and always self-conscious.  I asked Dr. Peebles what beauty was. He told me "consciousness is beauty".  I really see that side of it now.

The last reading I had with William was in 1984.  I believe he moved to California and from there he lived in Japan for 19 years.  He retired in Hawaii about 2010.  William was born in Boston Mass. I am not sure what year.  He was a Methodist Minister for many years before exiting that faith.  I would say he is 20 years older than me so that would make him about 83 if he is still alive in his skin suit.

I have a strong suspicion that Bill has transitioned.  He has visited me from spirit.  He looks youthful and happy and just brimming with the big personality he was.  I so miss him.

So please if anyone knows anything please comment or email me.
Posted by Nancy's Silver-lining at 6:12 PM No comments:

Does Democracy Lead to Peace? 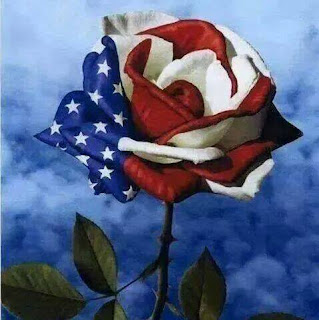 Happy Fourth to Each of us in the USA.  My ancestors shed blood for the ability to vote. My ancestors of Cherokee blood gave their lives too to illustrate a greater truth. The beauty of peaceful co-existence. My Irish Ancestors showed us what faith and perseverance is all about. They embraced the American dream that anyone could create a better life and leave the class cast behind. These visions are all present in our constitution, so what in the Sam Hill is going wrong?

Even if people can vote, do they really know what they are voting for?  The wool has been pulled over our eyes many times.  Politicians become con artist and immoral in many different ways.  We have sadly learned that they can be bought.  They are bought not only with money bribes (that would be bad enough) but they are bought with threats to themselves and their families.  We even know that rogue facets of the CIA and FBI have designer drugs.  They can drug people in power,then escort them to a party where there are prostitutes and film the whole thing.  I watched the Netflix series House of Cards.   It is fictional but most people including ex President Clinton say it is very close to the reality of how Washington works.

There is another thought here (without blame).  Even if we can vote and it is a truly accountable voting system. Even if we vote without machines that somehow miscount votes, is our vision a good one?  Two thousand years ago a crowd of people were voting in Jerusalem.  They were voting for the release of Jesus or the release of Barabbas.  Most of us think they made the wrong choice that day.  Then we have to ask; how much have we have progressed as a race of people, the human race?

And now it appears that we are split into with 49% one side and 51% on the other end.  Is satisfaction or peace even possible with that sort of scenario?  Majority rule has its un-pretty side.  When 40% are left in the dust on an issue of importance,  it does not create harmony for us.

The advanced races of extra terrestrials say some things about us, as humans.  In many ways we are seen as adolescents that need to be controlled.  They maintain that we don't make good choices. Due to our military dominance we have come close to destroying our planet many times.  Although we all pray for world peace and especially at Christmas time, what will it take to create that? The money and vast resources that go into creating bigger and better bombs is staggering. Top military generals have testified that ET's have shut down weapons of mass destruction in the USA. Those ETs have also shut down silos in other countries. The message is clear. We will not be allowed to destroy ourselves or this planet.

We are told that these advanced races from beyond this solar system have given the technology for free energy and various cures for our chronic illness to those in authority.  Those ideas were shelved and or hidden.  Books have been burned and locks put on many developments that would indeed free and help us.

Mostly those in power really don't want world peace. They are more interested in keeping us powerless so they can easily control us. That is easy enough to see these days. It was hidden in the past but we have Face Book.

With all the intention on this and prayer around this.  There must be some split energy and divided intention lurking in our collective consciousness. Get really clear on what type of world you really, really want and do it now! (Strong Warning) What most humans do not realized is how powerful we are when we ask and envision. Those in power know that. Those in power hope to dumb us down and create more fear and entrapment. When we are depressed we don't create. The Universe gave us free will to create. When we come together as a group to create...we are stronger than any weapon. The Mayans learned to disappear to avoid capture. Amazing power awaits us.

Those who are riding that war gravy train will sadly see the end result of that power soon enough.  That is a warning and a prediction.  Power is intoxicating until it is taken from you suddenly and you fully realize that "those who live by the sword will die by the sword".

At some point the meek do inherit the world.  That is because the most sustaining energy is the energy that flows through all of us and connects all of us and creates instead of destroys.

All the hardships we are enduring are to illuminate once and for all that we as a race have to open our eyes, not be vulnerable, take a stand and really understand how to create peace and a better world.  Some knowledge can not be handed to us easily on a silver platter with a cookie.  We really need to understand collectively and quite sincerely that we do not need the control of others.  We can be self governing.  We can roll up our shirt sleeves and restore our power to the people who are willing to not be sheep like.  We can overcome it.  Does it take a generation or two?  Maybe that all depends on when enough humans reach the tipping point and say, we have had enough.  The we become like Mahatma Gandhi and Martin Luther King.  We don't play their game or use what they offer,  we weave our own clothes and we march to the sea to make our own salt.  That is figurative.  If we don't want to fight in their wars and be placed in their prisons and pay their taxes...what can we do as an alternative.

That is where imagination and cooperation come into play.  There is a whole new story unfolding and it is a glorious one, and it is a plan for peace as well.

God Bless America, and God Bless all those who believe in Peace 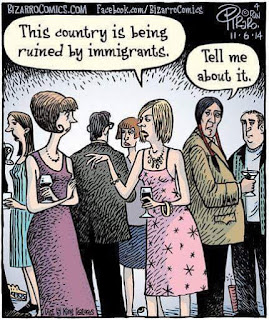 except for native indigenous Americans we are all immigrants.


Posted by Nancy's Silver-lining at 1:19 PM No comments: