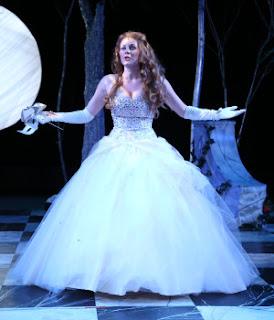 My favorite fairy tale, Cinderella, was enlivened by an amazing women for me.  There is a very positive message in most fairy tales that goodness triumphs in the end.  Somewhere there is a knight in shining armor, thank the stars above, who will fulfill our longings.  In fact the male role models are very positive.   Nowhere in that fantasy is the handsome prince a misaligned abusive brute.  He is totally charming and totally in love with Cinderella.  What if after three years this happily ever after story evaporates?  It might seem to evaporate but that means there is something even better down the road.  This story does not have a sad ending.


Recently, I was doing a tarot card reading for a lady who broke down in tears.  I felt horrible and yet I had the feeling she needed to cry.  She requested an appointment to counsel with me regarding career guidance.  Her cards revealed a heart with daggers in it.  I told her that I understand her tears.  The truth was an ugly one that she was trying to suppress, however; the truth was flooding through her eyes.  If nothing else we were able to allow that release and discover the origin of her sadness.  I was gifted with the fuller explanation of this cataclysmic event.


I explained that a handsome man had swept her off her feet and it felt like a fairy tale coming true. This Prince constructed a reality that answered every possible hope she had held.   He made promises to her of undying love. Can anyone really promise that? Perhaps partnerships need to include the fact that people and relationships sometimes change. I suggest a new marriage contract. That is a blog down the road. Right now I am faced with the huge chasm of feeling dumped off a lovely romantic ride. My clients tears suggested she had just disconnected from the matrix. She swallowed the wrong pill in this situation.

For a while my client was living the Cinderella story and trusting that it would continue.  She worked hard to cultivate the future with him. She had invested her life force, her love, and her money. This woman before me has the occupation of being a special education teacher as well as working a second job.  He on the other had has not been employed for a year.  She purchased an automobile in both of their names and yet he was never able to make a payment on that car.  Over the last year, he has become demanding and abusive.  I saw this woman was now realizing the dream was over, and yet she desired to hang on a bit longer. She had been like that frog in the pot of water.  At first the water feels comfortable like a Jacuzzi and slowly the heat increases.  She had barely enough energy to jump from this pot of hot water and save her life.  That is exactly what she needed to do. This couple was not legally married, but it might have been better for her if they were.  She then asked a question that took me back a few steps.  I assumed she understood that she needed to immediately leave this person. Sometimes things get better, but, this was not going to happen.


She looked quite worried and said, “But …will he be OK?”  I grimaced thinking that she still doesn’t see that she is the victim here.  I don’t like the word victim but it was evident that he was a parasitic self-serving con artist.  I even used the word narcissist to describe him.  Sometimes the heart does not hear the words right.  She still had feelings for him.  Anti social, narcissistic men are experts at painting a rosy picture and they do manage to make it appear real.  These narcissists are also very keen on sniffing out the type of women who will buy into their creative and well-designed fairy tale. I add that most men are not like this. Most men are wonderful. I said that this would not be a sad story. Women do believe these psychopaths sometimes but they are good at seduction.  In fact, I am quite sure that is why parents became the brokers of marriages in the old world.  Parents might better see past the illusionary fog of hormones and wishful thinking.  I had to regain my composure and say “let me see if I can explain this in a better way”.   I prayed and asked my guides to bring the words to me that she might hear.


I asked her for the name of this man.  Then I dealt some more cards and laid them out.  I said, he already has plan A and plan B worked out.  He knows that he cannot continue this lie to your heart and that you are waking up from a nice dream and realizing who he really is.  He already knows that his time is short in this relationship.  In fact, he might have plans of just driving away in the car you are making payments on.


I am sure I sounded like “hard hearted Hanna”.  It was more and more clear to me, but, was becoming crystal clear to her?  She changed the subject and asked me about an old flame.  I dealt some very good cards regarding him.  They were a good match.  I described him and she remembered how happy she was during that relationship.  The energy around her changed a great deal.  I realized that her Higher Self stepped into this story.  Her Higher Self was the knight in shining armor that would rescue her from her present peril.  The Universe had that other glass slipper and was ready to slip it on her dainty foot. Like the fairy godmother, the Universe always knows our heart and our wishes. This fairy godmother knows what size slipper will fit you in advance.


I saw the Cinderella story as being an allegory of the relationship between the human childlike side of ourselves and the Higher God Connection.  Like a fairy godmother and dancing pumpkins and enchanted castles, the Universe conspires to make our dreams come true.  It was a beautiful realization for me and a splendid ending to this story.  My client was off on her next romantic adventure.  My only advice as she waltzed out my front door, “take it slow, desperation does not look good on us single females.”
Some would call that game playing, however; I do not.  When dating we need to step back and smell the roses from our balcony. In fact, the Cinderella story illuminates the necessity of being a bit of a mystery. By leaving the ball at midnight she exits on a high note leaving the prince entranced.  This Juliet on the balcony moment need not end tragically.  It can be a wonderful moment to savor. 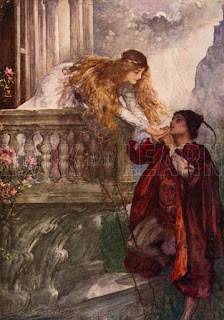 As females we need to have a wait and see attitude before giving our tender hearts away.  I do speak from experience in this regard.  As I look back I can see the red flags emerging but the problem was:  I had already jumped in with both feet and was on the end of that hook.  Those hooks have some very pretty lures some times.   The Universe did send valiant messengers to save me and help me re-build my life.  I feel that I cannot survive another romantic pot hole.   I don’t think I can take another wild ride.   I do think my advice on this subject should be duly noted.  Now I can wear my own little tiara and enjoy my palace. 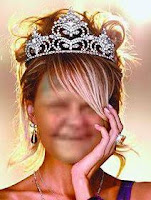 This is me doing a hole in the wall photo. It is needing work.


Posted by Nancy's Silver-lining at 4:42 PM No comments: