How Can We, the American People Come Together and Save Our Country. 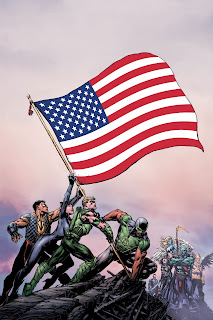 Can we, the American people, unite and take back this country?  In this essay the best and brightest ideas are summarized from Steel.

It must be noted that people are almost divorcing over the new direction and the recent Trump/Hillary election.  There are many factions trying to get us to fight among ourselves and choose sides.  There is only one side, we are the American family, and we need to pull together against a common threat.

According to Robert Steel, of the CIA there is quite a war going on within our CIA.  John Bannon is on one side of that division. He was financed by the Saudis and was able to lie to get Hillary Clinton as a Primary winner.  She stole 13 primaries from Bernie Sanders.  They were able to electronically control voting machines.  That is exactly what they accused the Trump campaign of doing. Only after investigation Trump gained some more of the popular votes.

There are super powers trying to take down Trump for various reasons Steel has analysized.  None of these reasons have anything to do with his raw and sometimes curt behavior or “racism, homophobia, xenophobia” and all the other unsavory labels the media has hurled at Trump. Remember the handicapped reporter and Trump waving his hands around. That reporter was not spastic at all and in fact presents as a highly competent and intellectual person. Why are so many trying to get rid of Trump and attack his character?  If you knew all the high-level pedophiles that are in the government and stand to be drained from the swamp, it would make more sense.  It would make you gag but it would all be plausible.  Satanist elite pedophiles are only one of the opposing forces for Trump.

1. Enemy number one:  George Soros, who hopes to keep us controlled, and in poverty and self-sacrificing like a Renfield character.  The shrinking middle class must cough up more and more fiat money in this man-made rat race.  Soros is a rat.  He plans on busing 300,000 mercenary’s violent protesters, who don’t know what they are protesting, to storm Washington DC.

2, Dick Chaney is enemy number two.  He ran the nation with Bush as a mouth piece.  Why is he doing this?  There was a book called Dick Chaney, and the High Jacking of the American Presidency.  It is a long story but Trump had better dump Reince Priebus and all the other moles surrounding him.  Trump genuinely likes some of these people.  Robert Steel hope to see Trump surround himself with the following people:  Ralph Nader, Jessie Ventura, Cynthia McKinney, Robert David Steel, and Dennis Kucinich.   Personally, I would add Catherine Austin-Fitts.  https://youtu.be/Bx9_paDhpQs. Steel feels that this is a very diversified group but it would break the isolation of Trumps immediate advisers.  Steel feels that Steve Bannon is a real asset but does not hold all the needed world view.  I love Steve Bannon, and I quote him here:   "I'm not a white nationalist, I'm a nationalist. I'm an economic nationalist; The globalists gutted the, American working class and created a middle class in Asia.” I just read an article asking people to sign a petition again the anti-Semitic (Bannon gets a cut from the Seinfeld show) and the white supremacist Steve Bannon.  I guess no one needs to prove anything anymore to write it or label someone.

3. Enemy three is the “deep state”.  I am not sure exactly how many people fit into that group.  It appears that Obama is one of these deep state people.  I would call them perhaps middle management for the upper level elite banking cabal.  I think I can say that Nancy Pelosi and many of the Washington insiders are part of this group and have sold their soul at this point.

Robert Steel would like Trump to have a daily 7 minute chat with “America”.  If he talks to us and gets some feedback he will win back all those who never intended to vote for him.  With all of America or at least 80% to 90% of us on board.  These Federalist or Globalist will not control us any longer.  We can kick them to the curb…or another planet.

Trump needs all of America to rally behind him.  We don’t want 1963 to happen all over again.  Those who did not like Kennedy at the beginning were weeping as the carriage went down Pennsylvania Avenue.  I feel that would also be the sentiment of 90% of America once they get what Trump is trying to do.  Once they understand the monsters that he is up against.  I think after he lowers taxes he will be even more popular.

Please listen to this video.  It is making my head spin with all the pieces falling into place.  That is a good thing.
Link to the You Tube where this is discussed how Trump can overcome the tyranny that wants to murder him as soon as possible.