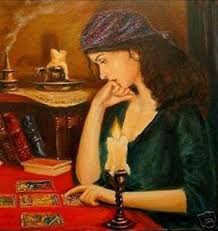 Chapter One: Sedona is Hollywood for Psychics

Hello, Welcome to my creek side patio here in Magical Sedona. I’m Sara and I am pleased to narrate my adventure as a psychic who landed in a unique sisterhood years ago.  My book "Psychic Sisterhood" took on a life of its own as I wrote it. I might have embellished a little bit, but, this stuff all happened. There would be an absence of creativity and my muse would not be present if there was no foundation in truth.

When I first arrived in Sedona, I immediately had to step up my game and presentation.  I was rather “ordinary looking”, and frumpy from years of being a mom and a social worker. “Hey There Georgy Girl” would almost fit my situation except Georgy was not “psychic”.  I had been married for five years, when I discovered that the romance had slipped between my fingers while changing diapers.  We just did not seem to be close anymore. Things happen, and I will be touching into marriage and relationship issues as my saga continues. For me, separation seemed eminent and it happened. My ex and extended family was not far away in Phoenix.

Sedona has changed but wading the cool creek water is delightful on this sunny day in mid June.  When I was a kid, Oak Creek was better than an amusement park. The whole family camped here.  Mom and I picked wild berries and wild asparagus growing creek side. My brother and Dad were trout fishing up stream.  Now, 2018, most of the creek side property has been purchased.  It is still breath taking to see the red rock monuments and lofty oak trees. Sedona has always been playground for Phoenix families in the summer.  The grown-up Sedona has a New York City energy. It is bustling with commerce, tour buses, hikers and New Age Culture. The experience can be overwhelming at times, but it is seldom stagnant. The locals eat and shop at different places than the tourist.  Honestly, the tour jeeps seldom travel to the most sacred places, in my opinion.  In fact, it can be so busy along the creek that I crossed the highway to Beaver Creek and found some lovely private swimming spots as well as a natural slide.  People are usually refreshed and renewed from Creek play.  I always felt Baptized in holy water. When I was around five years old, I lost a little red sneaker to the playful creek.  I swear there was a water nymph that just snatched it from my foot.  Back when I was little, animals and fairy folk were close companions. I am back on sacred ground where the iron and minerals create vortex activity. How do I anchor myself to the dynamic spirited environment?

My “Work Week”
I had interviewed for a job at one of the many New Age Metaphysical stores in Sedona. The first week of June I had a counseling office right by the creek.  It had all the bright bubbly energy of the oak trees smiling through a picture window.  With birds tweeting and humming birds darting about I met with people from all over the world in my office. Outside I enjoyed cheerful banter of the creek’s splashing and gurgling. There were the other psychic’s in offices around me.  Customers would pick the best psychic out of a book of colorful resumes.  It seemed that the most exotic or psychic looking people would get picked. I did not have the gypsy appearance at all, however, the people who did pick me, mentioned it was my smile that drew them in. I do believe that there is an energetic magnetic draw or law of attraction.  My energy was matching their energy at the moment they were deciding who to see.

My first week was slow and fraught with obstacles in the way of other psychics.  There was one psychic putting rosemary on the doorway and another doing a shamanistic chant. All of this was to uplift energy, cleanse the third eye chakra and attract more business. However, paranoia took over when a rebel psychic vacuumed up all the rosemary leaves. I laughed so hard. There were odd suspicions and tensions at times.

There were psychics who commanded high paying customers and they received top billing.  The concierge accidentally placed my photo on the bottom eye level display.  That caused a problem for some.  My first confrontation was with a very established psychic who was enraged by that error.  That photo was quickly moved to another spot. The world of psychic advisers has its competition just like any business might have. Fueled by tourist, money flowed like a shoe box of monopoly money in Sedona. Got change for a 100? I of course hoped to receive some of that green too. My goal was to wow people and give them their money’s worth.  Just like that show “America’s Got Talent”, sometimes it is the mousy misfit that belts out a show tune and wins everyone over.  That was me. By February I moved to a bigger office and was one of the top paying psychics. That was before I became deathly ill from toxic black mold poisoning several months later. I enjoyed the fast lane for a while and that is when I met the sisterhood.

I would take breaks down by the creek and one spring day a whole new paradigm opened. I walked to the creek to sit on one of the benches, however, I walked into a lively discussion amongst several fellow psychics.  The chat was regarding one woman who had a reading from almost every available psychic at our center. Money was no object for her. It appears she was looking for validating information regarding an ex-boyfriend. Of course, she wanted to hear that this person would once again be in her life. Often it is to a psychic’s advantage to tell someone what they really want to hear.  I had also counseled with this middle-aged lady in my office.  The shock was that we had all told her the same thing.  The message was almost verbatim from all of us. Each psychic present felt very certain that this ex-lover was not going to return to her in this life time. I found that beyond interesting to the point of unbelievable coincidence.  The five of us continued to chat and compare notes.  With this group, I learned lessons never taught anywhere else. The discussions covered many topics from a variety of life perspectives.  Among us were Hindu, Wicca, Catholic, Native American Tradition, South African Shamanism and Buddhist belief systems. Two ladies believed they were hybrid beings. They were part human and part alien. This was a diverse group.

The most universal characteristic of this small group was the “service to others” attitude. If there was competition, it was not brutal or back stabbing. There was trust between our creek side discussion group. Usually our sessions would end when the concierge called us to do readings for the clients.  We did not get an hourly pay, and so the concierge was our helper in obtaining customers. There was a partnership in honoring our center and each other. What we started to notice was a building of positive comradery. All of us began to do better financially than the other psychics who were of the lone wolf variety.  Often the others would sabotage each other and create adversity. One of the first lessons for me “to take to the bank” was this spirit of a “Universal Manager”. Somehow, I became acquainted with a beneficial force that directed each customer to exactly the right psychic. In time, we began referring each other due to certain specialties each member in the group possessed. All would either gift with 10% of the session fee or return with a similar referral.

I remember a movie called “Minority Report.” This was a  2002 Steven Spielberg movie about three psychics who could predict crime in the year 2054. Tom Cruise’s character is part of the pre-crime unit.  There is one psychic who does not always agree with the other two. She is more rogue than the psychic twins.  I found the movie rather abysmal but interesting.  Abysmal because if people become more psychic and aware, they would not be in such a dystonia.

What if psychics did agree on future events and better yet, helped others to avoid certain mistakes and pitfalls.  As Sara, I can visualize a better world and help to mold it. People do have free will.  I have seen many readings where there is a fork in the road and one-time line over another will emerge depending on that person’s choice.  Psychics and alternative doctors might become targets in the future, if not already.  If psychics are being harassed, it probably means that they are “real” psychics and are doing things right not wrong. They would be a genuine threat to those with nefarious agendas.  Those agendas happen one little step at a time.  All the pieces must be in place and many high places infiltrated to create the reduction of human independence.  Sara and her sisters were “a threat” and they would soon learn why and how to shield themselves.  Many moons ahead, many pages turned, the sisterhood will be tested and almost pulled apart. Buckle your seat belt, as we go into hyper-drive. Things are about to take off.

Written by Nancy Lake of angelbellsguidance.com.  People who join my news letter will receive the next chapter. And yes a future copy of the book will be available. The sign up for the newsletter is on the Welcome Page. Enjoy.

Posted by Nancy's Silver-lining at 4:17 PM No comments: