Sara and Sedona’s Psychic Sisterhood: Chapter 7, Sylvia Browne is Around! 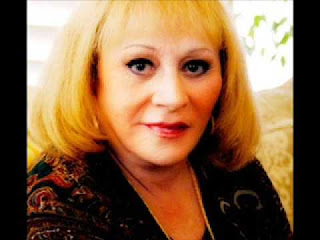 For all my Sedona Sisters!


I Sara have experienced many levels of being. I have traveled extensively in search of things I would have and could have found in my own back yard.  If it is to be it will magnetize to me.  Those people, entities and highest adventures will find me, and quite easily, right where I am, here now.  For me, Sara, that is perfection and living life in a sacrosanct way.


About a year ago I began hearing and seeing departed celebrities.  In the past I have had conversations with ex-presidents such as Kennedy, Lincoln, Roosevelt.  Also, I have touched in with Janis Joplin, Shakespeare, St Francis, and lately, Robin Williams.   I totally appreciate the comedians.


Not too long ago, I had an experience with a client that was not positive.  It is very humbling to struggle during a reading and not fully connect. I surrender and realize that nothing will happen with that situation.  This client will go away rather empty and I will feel like a failure.  There is no charge of course, but that does not seem to be an issue.  More and more I see money as an energetic exchange.  When a waitress does a great job and the food is also prepared well, it is a joy to leave a tip.  Money brings with it a blessing of encouragement and appreciation.


I continued to feel rather blue and discouraged.  I spoke with my sister psychics who convened by the lovely oak creek. I explained how I was feeling and asked what advice they might have for me.  In general, their shared wisdom was to just shake it off.  This does happen occasionally for all psychics.  If it happened all the time, perhaps, it would be time to put away the shingle that says: The Psychic is In; $5 dollars please.  In fact, I have a red headed friend who is an amazing psychic.  She says she would never be able to be a professional psychic because she cannot summon her gift on demand.  When I call her with a question, she will say I am not on right now, or she will chime in.  She is very gifted.  When money is not involved it does de-stress the situation.  It would be nice to say:  I will try to help, I will try and see for you, I will listen to the Universe for you, but, there is no guarantee and forgive me if I interpret incorrectly.  This is sacred work that I do.  I am not an accountant; I am interpreting subtle energies and visions.  There is no amount of money equal to what I do.  I am being paid for my time.  I am being paid for the full concentration to the person at hand.  I will refund all money if necessary.  I understand that is needed as well.  No one wants to feel cheated.  No psychic wants to be considered a “charlatan”. It is all part of the unique field of intuitive counseling that goes on.  There must be that underlying trust in the work we do.


I suppose that I was still wearing a Sara scowl when Sylvia Browne showed up.


Sylvia was a psychic who was on TV quite a bit, taking audience questions.  Her death was the first in a string of psychic deaths for me.  Cheryl Lynn, Scottie, Sandra Cousins, and Sylvia all departed from this world at about the same age.  I ask my unseen audience to research more about her.  But back to my first encounter with her.


As I sat alone, Sylvia walked up to me (in spirit) and said, “Just Fuck it!”  That was exactly what she said, so I cannot sanitize it here.   I felt such intense love from her and a chuckle.  In her Sylvia way, she healed me.   She seemed to be making a grand gesture on the idea of perfection.  There is no such thing.  We can all be wrong sometimes.


Sylvia was a prolific writer. As a psychic she helped solve crimes and she was right about 85% to 90% of the time.  I don’t think 100% is possible.  When she was on the Montel Williams show for years, but there were mistakes. She might have been seeing a different time line or interpreted things wrong.   God bless her because she was the real deal and was publicly crucified by some for her “mistakes”. https://youtu.be/uPBU-nwBEjw and https://youtu.be/9yzz8vaZgE8


As I sit here today, I feel the warmth of Sylvia asking me to continue and go on.  I hear her say, “you really can make a living at this”.  There may be a time I can quit my day job and embrace this work whole heartedly with out going without some of those creature comforts I need.  When I listen to Sylvia, I am encouraged, and I am asked to jump out on that limb (without fear) when I get a hunch.  In Sedona I often did endure the probing of the skeptics and their guardedness.  Some people are very guarded during readings.  Perhaps they don’t want to be found out about something, but they make the reading difficult.   Approaching a reading more openly is recommended.  I believe getting the best answers is a collaboration between all parties.


I would notice, especially in Sedona, that people want to test the psychics.   I would accidentally “prove” myself time and again.  I had a family show up to summon a departed loved one.  It was a joyous feeling as everyone gathered.  The wife, and daughters of a beloved but departed father all gathered in my office.  When “Butch” entered our circle, I felt totally able to channel for him.  He was a big personality.  There was a box of tissue being passed to all present.  When we cry, (I call those tears, “connection tears”) those tears mean; the flood gates have parted, and we are no longer separated.  Amen.  Death cannot destroy the love and connection we have to our loved ones.   In fact, all relationships are eternal.  If there is unfinished business, it will be finished on the other side.


We all enjoyed the personality of Butch.  But before leaving our session This Dad, turned to me and showed me something.  I said, Butch is holding a cellophane wrapped candy cane.  I blushed a bit, not understanding what that meant.  Everyone, the mother and daughters began crying again.  Butch’s eldest daughter explained that she was wearing her Dad’s coat to help pull in his energy.  When she reached into his pocket there was a cellophane wrapped candy cane this AM.


I felt like I was part of an inside joke.  I began to cry as well.


The point I want to make here is: I was doing my best to bring Butch through and he did come through brilliantly.  This family never put pressure on me to prove a certain phrase for them.  I have had people asked me to give them a pass phrase before.  I will explain what that is.  I had a session with a middle-aged lady who said that her mother passed away from cancer several months ago.  Before her mother died, she and her daughter devised a “pass phrase” that would be asked for when seeking the advice of a medium.  I said to her, let me see what I can get if I quiet my mind.  I felt a bit discouraged.  I told her that all I could see for 60 seconds was the color green and then I saw an ordinary looking cup.  The daughter sprung into those connection tears at once.   The pass phrase was green cup.   I thought I had really flunked that test.  I am one who does not like tests.  I don’t like the performance anxiety that sort of thing produces.  I just want to do what I do and hope it reaches people in the right way.


Sylvia Browne was a very successful psychic.  In fact, it was almost impossible for people to get appointments with her as she was booked up way into the future.  It seems almost ridiculous that people would throw her under the bus for making mistakes on the TV shows she was on.  They would make a blanket statement like, “that just proves that there is no such thing as being psychic”.  All it proves is, no matter how famous someone is, or popular someone is, mistakes can happen.


I will support all the psychics out there.  As a sisterhood, there are no better people to be around.  There are some marvelous male psychics like James Van Praagh too. Many of the gay psychics are phenomenal.  These men can pull from the female brain and creativity in a way most men cannot.  There are heterosexual psychic men as well.  They are a special group like the Essenes were.  Those Essenes are and were trained in certain ways that modern men are not. Predominately, the realm of psychic mastery is more often seen in females. It is a power and strength women hold.  I will point to the longevity of the Oracle of Delphi as evidence.  I remember Delphi! I remember having a shorter life span due to some of the hallucinogenic substances and smoke that we consumed.  I remember that most of the priestesses lived underground in caves.  The caves also had gardens and water falls.  One priestess would serve as the oracle for a while and take a break and others would serve.  That is why they were often cloaked.  Perhaps they all had the name of Sybil.  I support that sisterhood and will always support those who try and reach the furthest distance in bringing the wisdom to others.  For me there is no greater office. 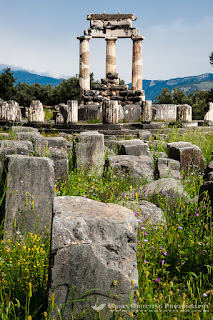 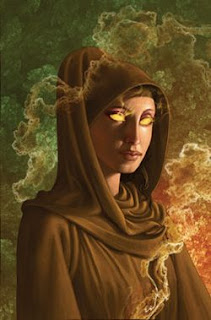 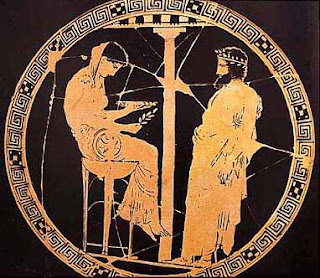 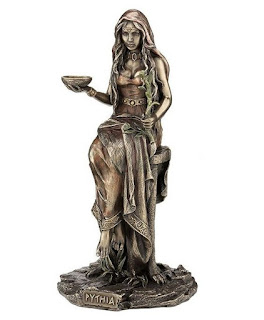 Now my lovely friends and readership, I will join my honored friend, Sylvia for tea.   There is so much to talk about!


Posted by Nancy's Silver-lining at 3:09 PM No comments: