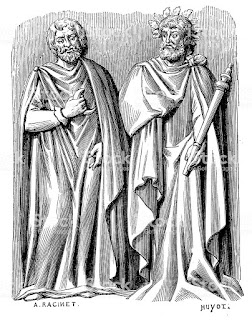 One day I was listening to Oak Creek when two Druids dressed in white robes appeared in my office. My window was open, and I was used to a fairy being flitting in like a dragonfly and circling my head.  It (elemental being)seemed to check in and go back outside to celebrate the laughter of water as it cascaded over rocks.  Sedona was a paranormal smorgasbord of unusual entities.   One could sample the consciousness without fully emerging and that felt safe.  I was wary of joining the one Reptilian being I would see at night when Melinda Leslie was having a support group for abductees.   As Melinda would point out, it is very common for psychics to be abductees.  Those experiences seem to run in tandem with each other.  Reptilians are not all alike.  They are growing and overcoming darkness as are many other groups.

They were communicating a great deal about the Center of Light where I rented office space.  It was in a high energy spot and there was a small island in the creek where they loved to park themselves on very nice days.  The moment I saw them, I felt calm and centered.  One had slightly red hair and one was totally white haired and both had clean shaven angelic faces.  They wanted me to darken the room and that was almost impossible.  I would drop into a light trance where we would then exchange a delightful amount of information.

The Druids were destroyed by the Romans, or nearly so.  Only some legends remain.  The Druids were usually older men due to the lengthy time in training.  A Druid is a student most of his life and indeed most of the teaching was oral in transference.
The oral tradition was a result of the destruction of Atlantis and the lack of warning for some of the Order of Druid.  Like Noah they were able to climb into high places or be in boats when these catastrophes occurred.   As Edgar Cayce had mentioned, there were more than one earth changes that sunk Atlantis.

A Druid used Socratic methods of teaching and nature itself was a drawing board.  ­“The best way to hide a pebble is on the beach” They were living a very simple life as ordinary men except on high holidays.  The word Holiday contains the word Holly.  Holy and Holly are similar in meaning.  If they had been too conspicuous, they would be destroyed and that is what happened.
Most of the Irish Kings were Druids and the adviser to the King was always the most learned and psychic of the order of the Druids.  Some say that Merlin is a title and not a name.  I believe that as well.  There were many different personalities that were called Merlin.  There was one Merlin who went into the woods to live as a hermit much like John the Baptist elected to do.

The King was chosen for his ability to “see”.  They were “seers” and diviners.  This insight gave them an advantage over the enemy.   The best way to navigate life was to not have an enemy and to settle skirmishes before they got out of hand.  For this reason, the Merlin and the King held court and they were the law of their community.
Those who were to enter the Order of Druid were invited to do so as a young teenager aged 12 to 13. Sometimes orphans would be selected but it seems that the linage was considered and the level of psychic or ESP ability.   If parents brought a son to the Order, that child would be tested.  Remember the story of Arthur?  Floating stones was a knowledge that was passed along via oral tradition.  To be able to change the frequency of a large stone and move it was a test.  When Arthur drew the sword from the stone, he absolutely demonstrated the ability to become one with that stone and it became lighter and malleable at once.  Stone circles were erected in Groves of Oak as places of worship and Solstice Reminders.  The sun would light up the stone that would indicate Yule Tide or Beltane or Samhain and mid-Summer.  Easter was a pagan Holiday and this Goddess showed up with her rabbit consort early in the morning.  Some say she blessed water that was left out. There were other mid solstice celebrations like Embolic. This would be a huge essay to try and go through the customs of each Holiday and discuss the purpose and ritual of each.   The stones were markers for these and there were other types of uses as well.

Ben McBrady, of the old Gaelic Order, said that the true essence of Christianity was drawn from those Essenes that traveled and learned the wisdom of the Oaks or Druids. Jesus also traveled and studied with Druids from time to time.  Each Druid, and also, Essene was to study from age 12 until age 30.  Then they were ready to teach and travel.  All things being learned, some had specialties as some were builders and some made shoes.   They occupied their day doing manual labor when not reading or studying.  The lessons they taught were never in writing.  The were gifted story tellers, poets, and musicians. The minstrels were probably a sort of Druid.  They all were entertaining.

So much has been lost along the way regarding the Druids, but they remain in stories about King Arthur and Merlin.  They say Gandalf is surely a Druid sort of wizard.  Druids used snakes in treating certain types bad water born parasites.  One very long worm was wrapped around a staff as it exited the blister on a human leg.  The caduceus from the Greek physician Hippocrates has much ancient symbolism to be sure.  The symbol of the snake may be a sign of a surgeon/healer who used snake venom in healing remedies.  Although snakes are venomous when the skin is bitten, when the venom is ingested in certain ways it will remove parasites.  The staff seems to be a symbol of the Druid as they had staffs they used as walking sticks.   Holly and mistletoe have medicinal properties. The berries are considered poisonous to eat; however, the leaves and bark are used in teas for a variety of diseases such as epilepsy, hypertension, headaches, menopausal symptoms, infertility, arthritis, and rheumatism and is reported to cure cancer.  Further reading also says it was widely used to treat anxiety, gall bladder and liver illnesses. It is no wonder the Druids carried pouches with medicine, and they were known to harvest the trees for these types of small oak and parasitic mistletoe.

The Romans attacked the area known to be alive with Druids and wiped them out.  This area was called Anglesey, Island of Mona, in Wales. Some of them no doubt escaped to Ireland and other Islands around the North Sea area.  Ben McBrady said that the story of Saint Patrick was about 99% fiction.  He maintains that if Patrick did exist at all, he came to Ireland much sooner and it would be about the turn of the timeline that the Romans invaded.  It is believed that Patrick became a student of the Druid teaching.  Although he was a priest of the early Christian/Roman Church.
The Druids were the intellectual elite.  They were poets, astronomers, magicians, and astrologers. It took them 19 years to gain the necessary knowledge and skills in alchemy, medicine, law, the sciences, and more. They organized intellectual life, judicial processes, had skills to heal people, and were involved in developing strategies for war. They were an oasis of wisdom and highly respected in their society.  All these highly regarded skills and knowledge were apparent in Greece and other Druid/pagan cultures, but the Romans feared them.


It has taken some time to remember and recount the two Druids present in Sedona.  They were amazing and interesting, and they made me aware of the value of the Druids.  They had a far-reaching influence.  The Druids got a bad rap from the Roman historians.  The Romans found them barbaric and the Druids did not think highly of the Romans who invaded their country.  Many so-called human sacrifices were not at all true.  There might have been pagans who did sacrificing but it is doubtful they were the elite of the Druid Order.  As Ben said, many of the characteristics and virtues of Christianity were flowing from Druid philosophy.

I was reading a great deal before writing this essay.  The Druids would weave bows of the Yew tree together to create a curtain between the stones of a sacred clearing.  Certain rituals were performed in darkness.  It has been a long time and I long to see my friends again.  For now I use pine aroma therapy to draw that sacred feeling I had when communicating telepathically with these friends.

Posted by Nancy's Silver-lining at 3:17 PM No comments: